In 1992, during negotiations to renew Cablevision Franchise Agreements, village officials began to explore the possibility of founding a community television studio to serve the Incorporated Villages of Bellerose, Floral Park, South Floral Park and Stewart Manor.

A 1995 Cooperative Agreement between the four Village Boards and the Cablevision Corporation established the construction plan, organizational structure and operational policy for Four Village Studio. The studio was designed and built during mid-1997 and is located on the second floor, in the west wing of Floral Park Village Hall.

During the summer of 1997, interested local residents were recruited to become hosts, producers, crew and committee members for the studio. Orientation and training classes began during early autumn. The first shows produced at 4VS were recorded in late November 1997. Studio programs first went on-air via Optimum on Monday, May 4, 1998.

A 2007 Cooperative Agreement between the Four Village Boards and the Verizon Corporation established a second broadcast venue for Four Village Studio. 4VS programs first went on-air via Fios on Thursday, January 24, 2008. 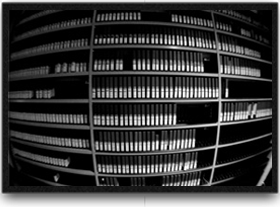